In response to the perceived need of the Catholic community of Cessnock, the first Catholic school commenced in January 1887 by the Sisters of St Joseph’s. St Patrick’s Church at Nulkaba was used for this purpose.

A new church was built in 1893 and the Church-School was now fitted with permanent fixtures and the building converted to St Patrick’s school. On 15 July 1906, a hall measuring 50ft by 20ft was moved to the High Street site and furnished as a school. It also served as a temporary Church. It was known as St Joseph’s Church-School.

In 1936, a new brick Mt St Joseph’s School on Bridge’s Hill replaced the old hall. This served as a primary school and later as a junior secondary school for girls. There was also a Catholic school at Bellbird from 1937 to 1958.

In 1937, St Patrick’s school was relocated from Nulkaba to Wollombi Road. The 1970’s saw the completion of a new brick complex at St Patrick’s.

In 1996, the new administration building was opened with a much larger library. The staff room was also refurbished.

In 2008, new administration, canteen and meeting facilities were opened. The pioneers of the school were the Sisters of St Joseph’s. We recall with gratitude the faith and dedication of the pioneer priests, sisters, teachers and parents of the Catholic community who laboured tirelessly to establish the faith and Christian traditions we espouse and value today.

2012 saw the opening of new facilities funded by Building the Education Revolution grant. On completion of the works, the school was delivered a new school library, computer room equipped with 30 computers, three classrooms, a multi-purpose room, office and storage space.

Fortunately, in the last five years, we have also had our toilet block renovated, a lift put in connecting the ground floor to the first storey and the old St Joseph’s Convent that was located right next to our school was demolished freeing up a large parcel of land to become an extension of our playground. We are grateful to the Catholic Schools Office for purchasing this land for us as the extra playground space was very much needed. 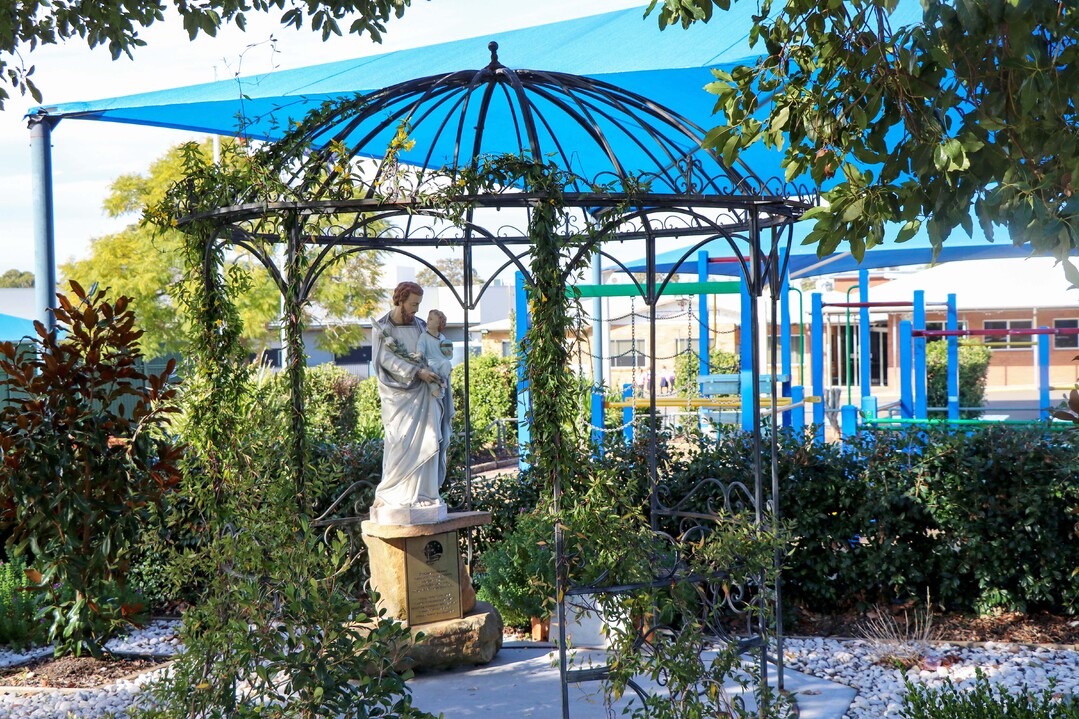